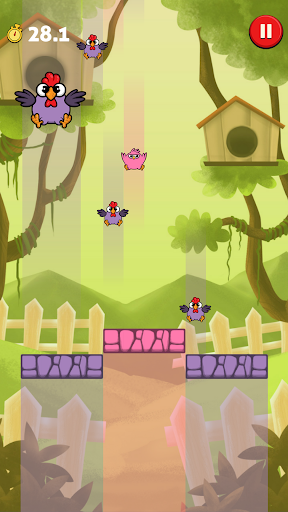 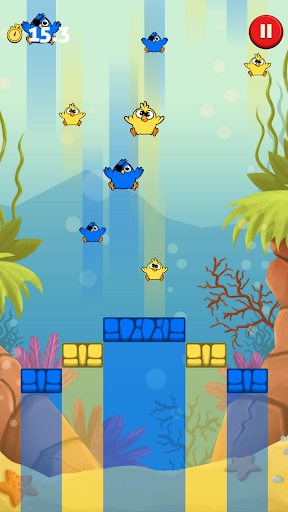 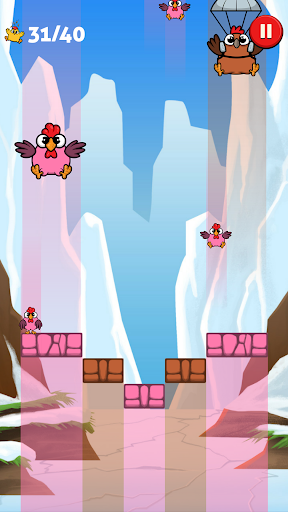 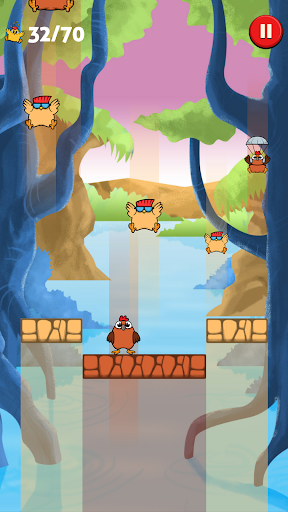 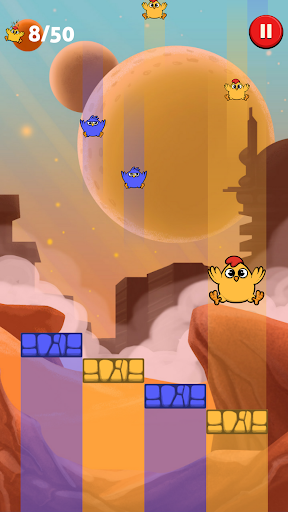 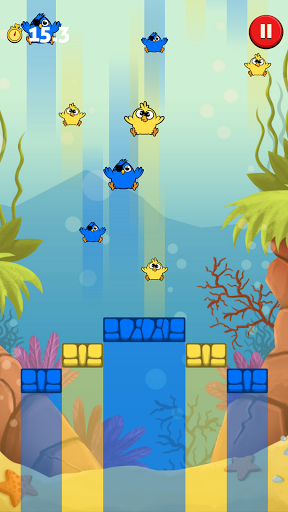 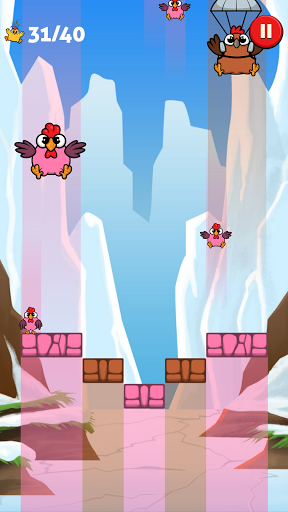 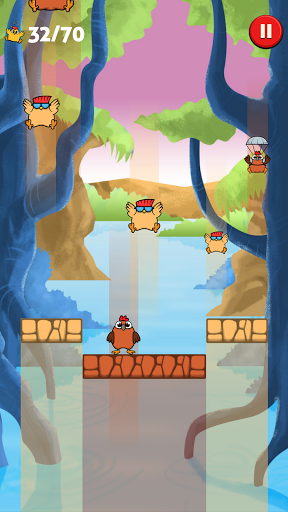 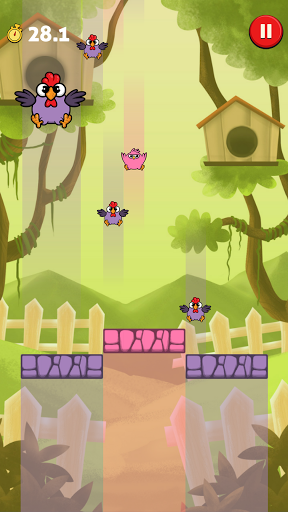 Description of Catch The Chicken 🐔 CHICKEN INVASION HAS BEGUN! An army of angry chicken warriors is landing on Earth with only one goal – to destroy it! OK, not really… 🐔 Catch The Chicken is actually a fast concentration game where you get to save a bunch of crazy chicken falling from the sky and, for that, you need focus and reflexes of a ninja! Download eye candy Catch the Chicken game and put your sharp mind to the test. 🐔 A wise, old man once said that chicken-chasing is how champions used to train back in the old days. If you can catch the chicken, you can catch greased lightening! 🐔 CHICKEN INVASION “I BELIEVE I CAN FLY” Hundreds of crazy chicken are falling from the sky and your mission is to match their color with the color of the platform they are landing on in order to catch them. These silly birds have decided to start the chicken evolution by proving they can fly, but this stunt was far from successful. After jumping out of an airplane at 20,000 feet, they are losing altitude fast and without control, many not even wearing parachutes! You have eight worlds with five different difficulty levels in each of them to complete this chicken rescue mission, so start now and Catch The Chicken! FEATURES 🐔 Chicken game with 8 different worlds (5 levels in each world) 🐔 Complete current level to advance to higher levels 🐔 Complete current world to unlock the next 🐔 Additional endless level with increasing difficulty as the numbers of the chicken you catch grows 🐔 Funny reflex game with challenging game-play 🐔 Concentration game that tests your focus and helps you practice it 🐔 Game for any other age 🐔 Goofy and crazy chicken characters to spice up the entire game experience 🐔 Catch The Chicken – eye candy for everyone’s taste CATCH THE CHICKEN – CHICKEN GAME EVOLUTION How many chicken games out there tell you to kill the chicken or shoot the chicken? Too many, right? We promote saving the chicken and practicing the skills you apply in everyday life. There’s no chicken invasion, no army of angry chicken warriors, no shooting… Just you, your focus and reflexes and innocent, silly chicks who thought they could fly, but obviously couldn’t. Catch the candy-sweet chicken falling from the sky and save the day!

How to draw Attack on Titan AOT